For football mania, we have prepared for you the best selection of printable football squares that you can save and print. These football squares are sometimes needed when certain matches or games are being held for example, Super Bowl.

With many grids, these football squares can be used not only for Super Bowl but also for other kinds of game of the season. Check these squares out! 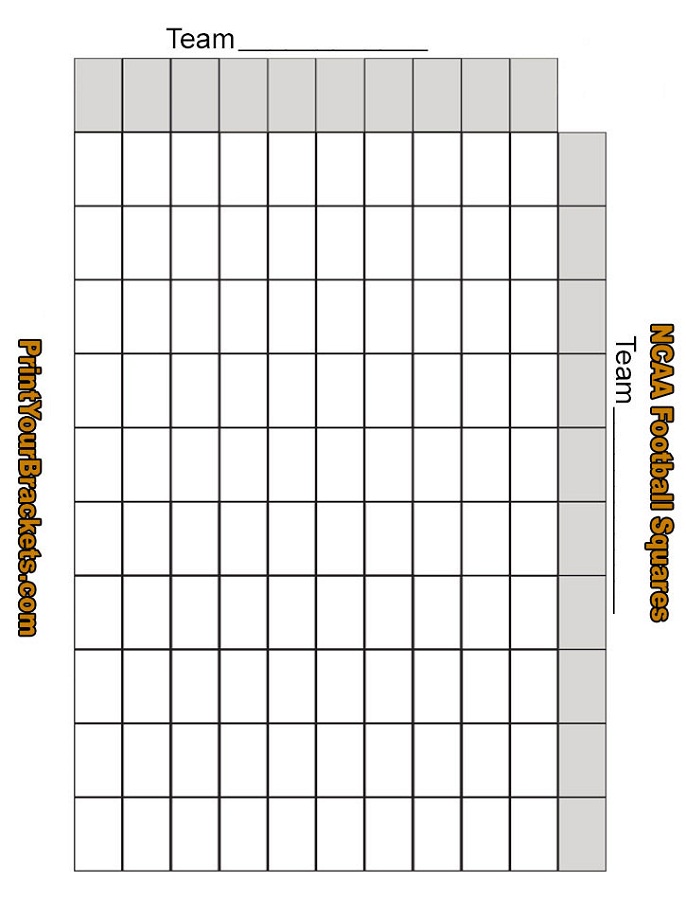 Printable football squares are important when a certain season of game is being held. This kind of football pool is the most popular form of sport gambling throughout the world. The numbers of the squares range from 10 to hundreds, depending on the type of the game and the number of the gamblers. 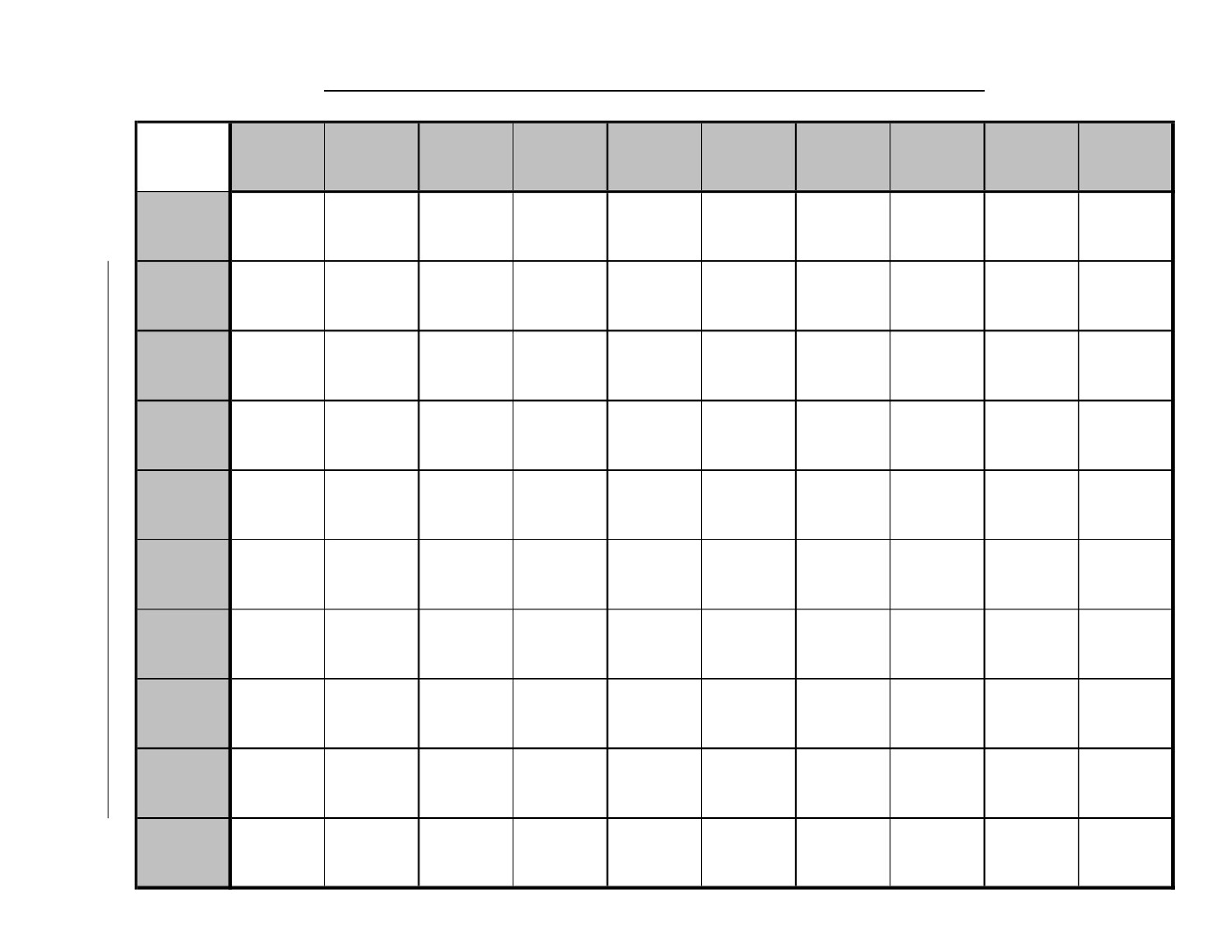 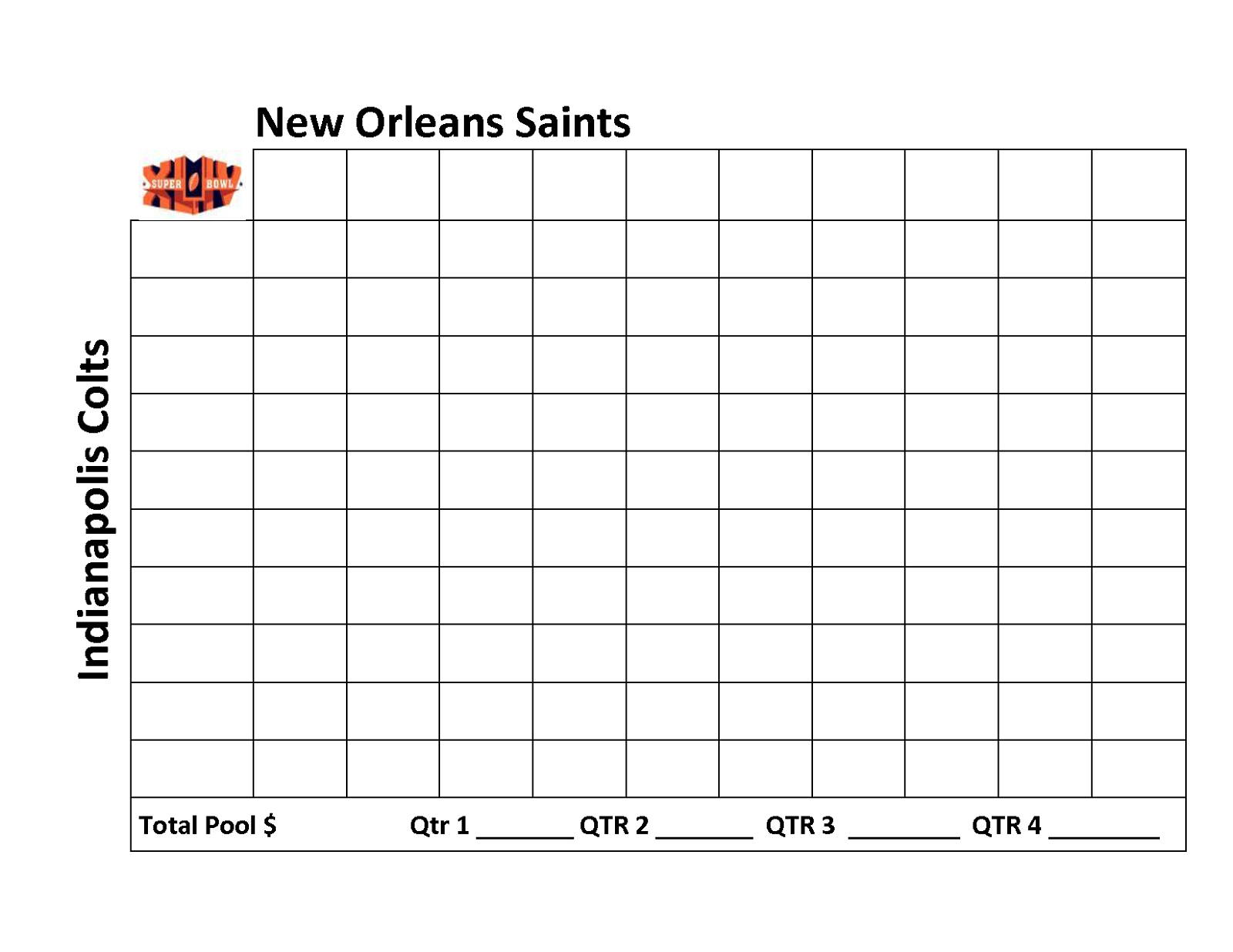 In this football pool, everyone has the same opportunity to get any set of numbers. Any special knowledge about football is barely needed. Instead, you just need to watch for the scores at the end of each quarter of the game. 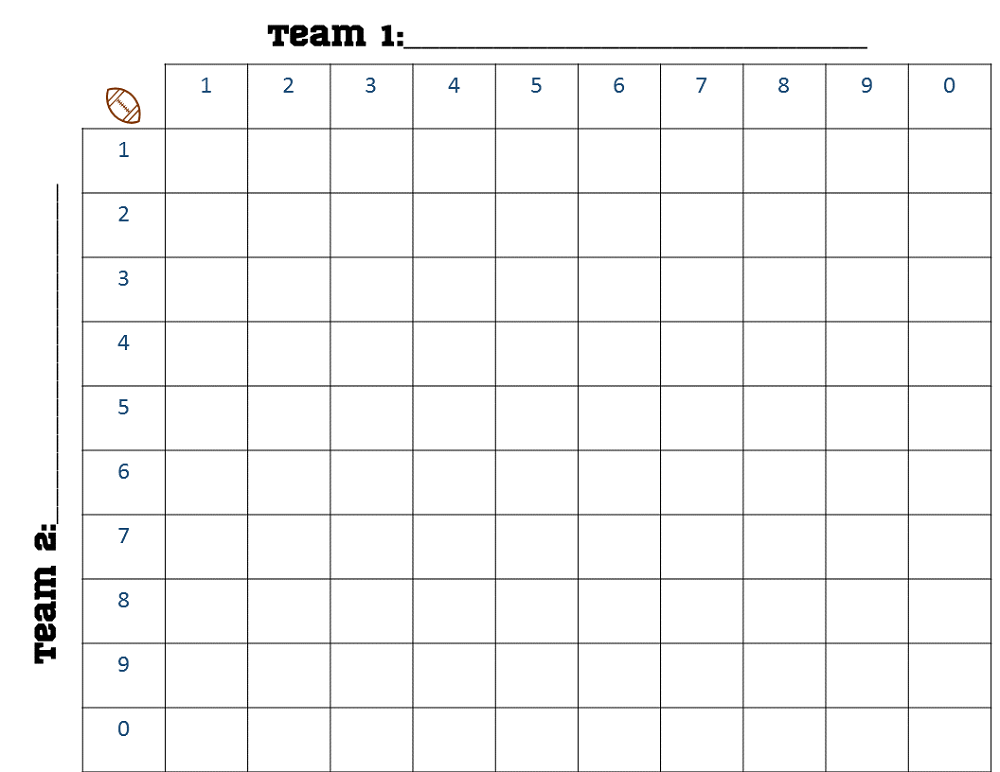 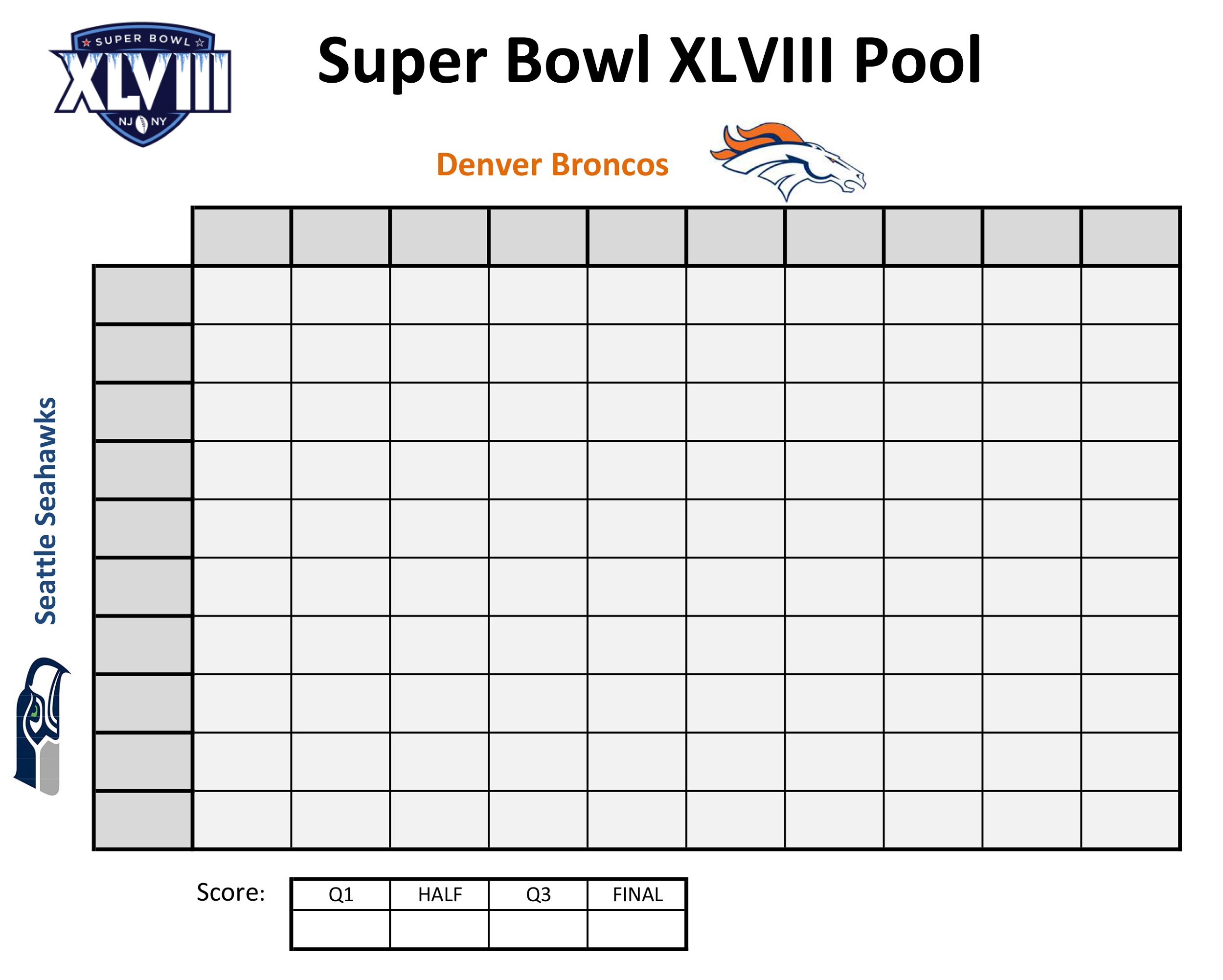 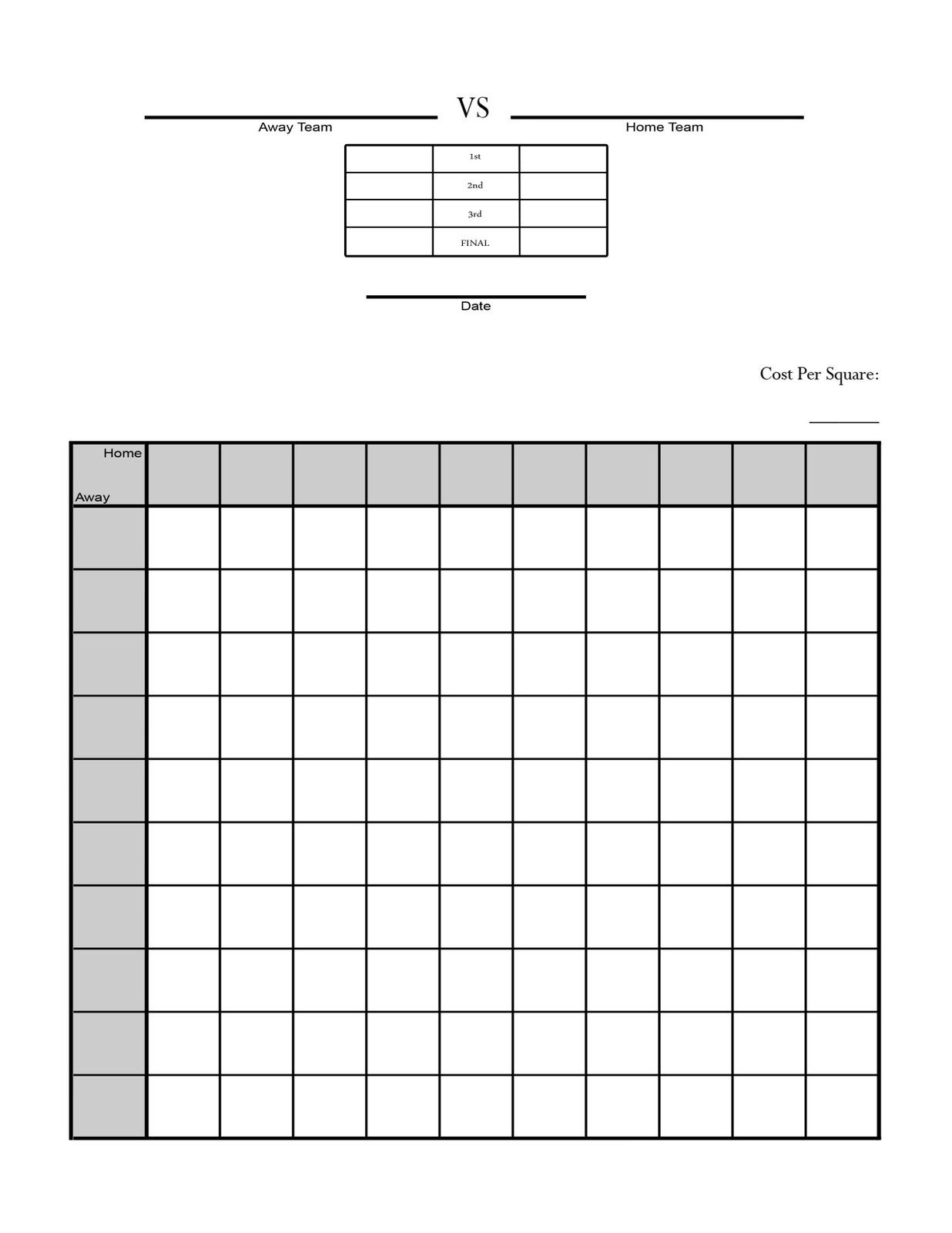 Choose selectively which squares you would like to print and use. Thus, your games will be more enlivened if you know exactly what kind of football squares that is best to use!