Check out these charts in the pictures presented as follows. 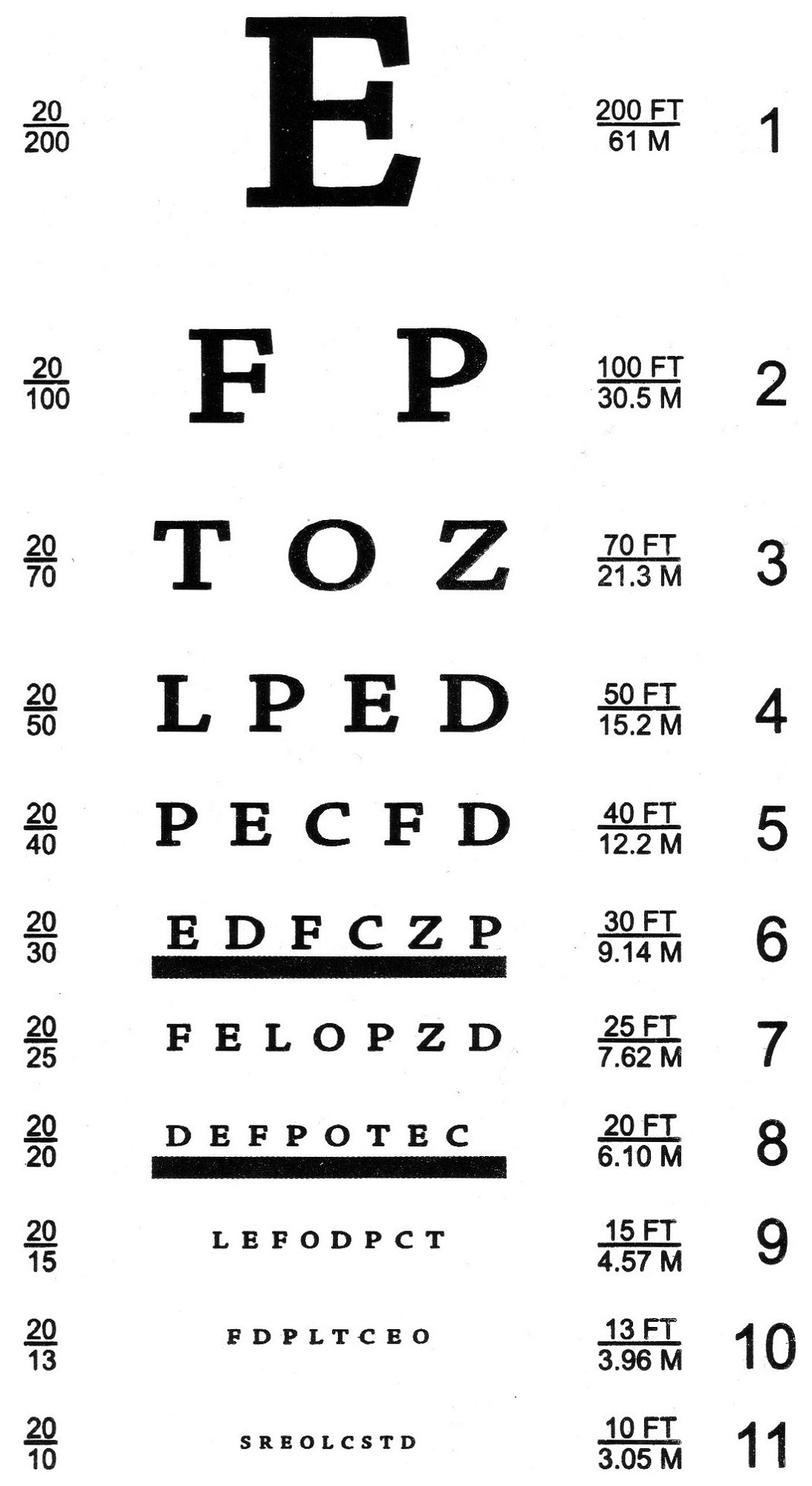 A Snellen chart is an eye chart that can be used to measure visual acuity. It is named after the Dutch ophthalmologist Herman Snellen who developed the chart in 1862. The common Snellen chart is printed with eleven lines of block letters. The first line consists of one very large letter, which may be one of several letters for example E, or KHZ. Meanwhile, the subsequent rows have increasing numbers of letters that decrease in size. 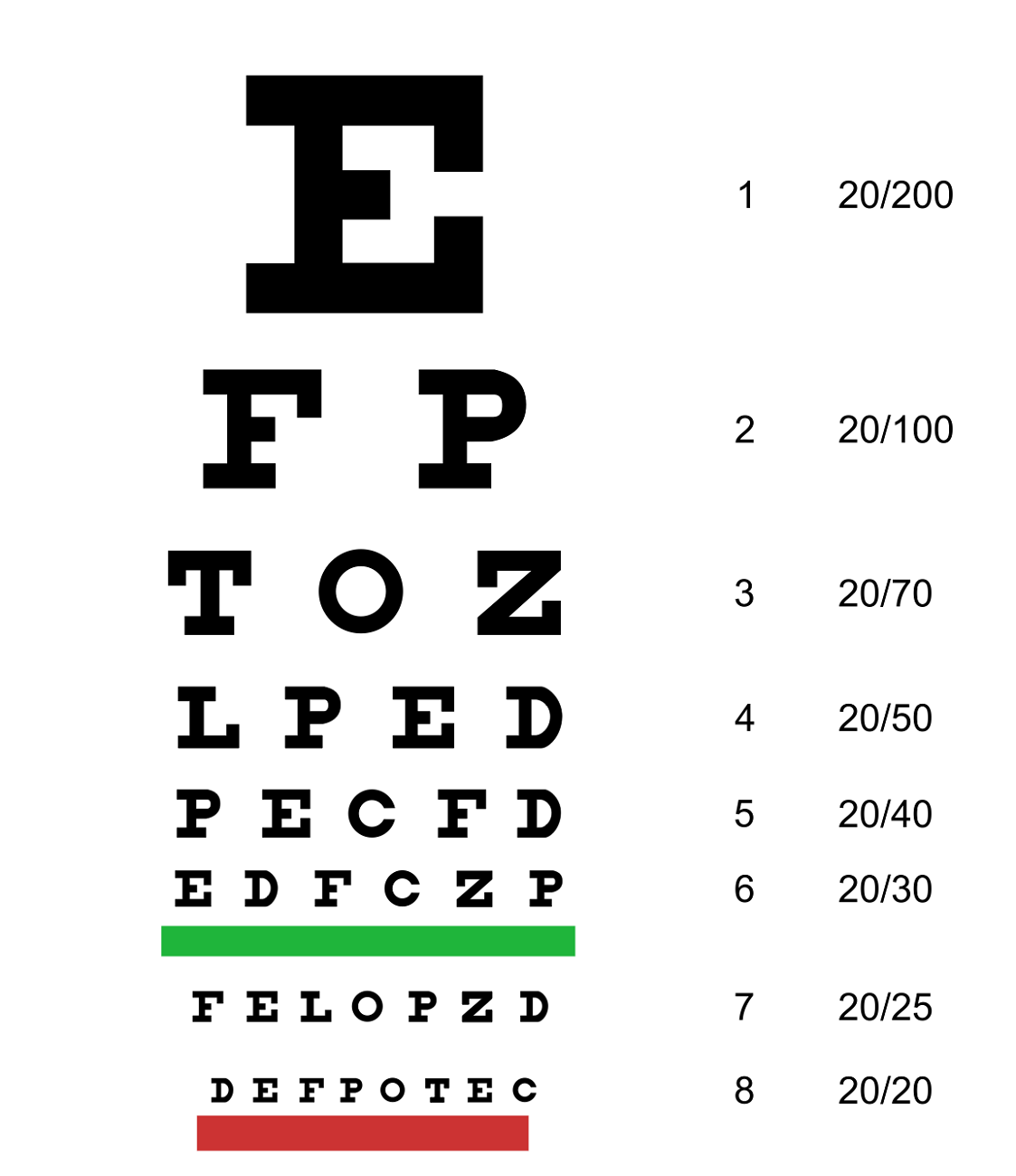 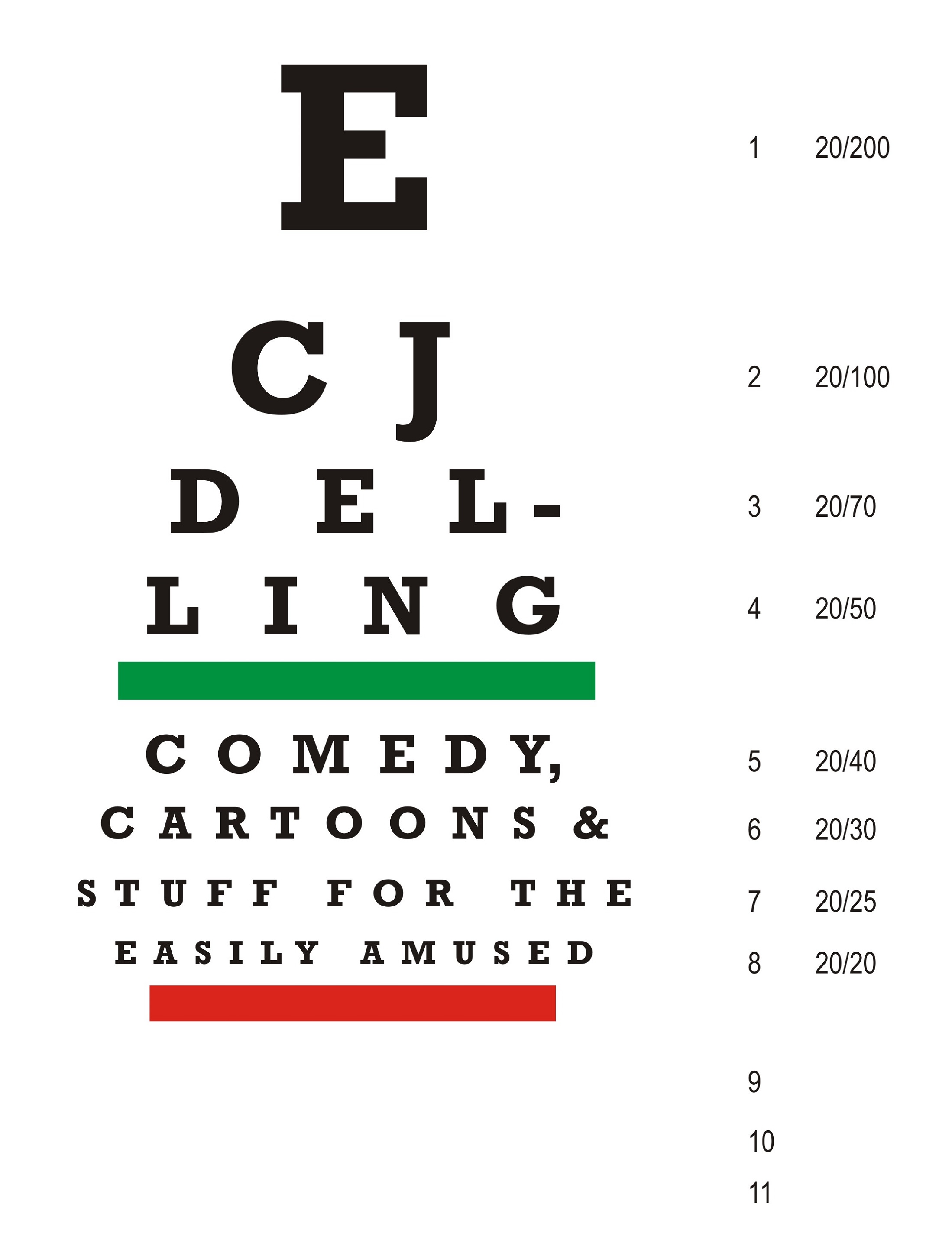 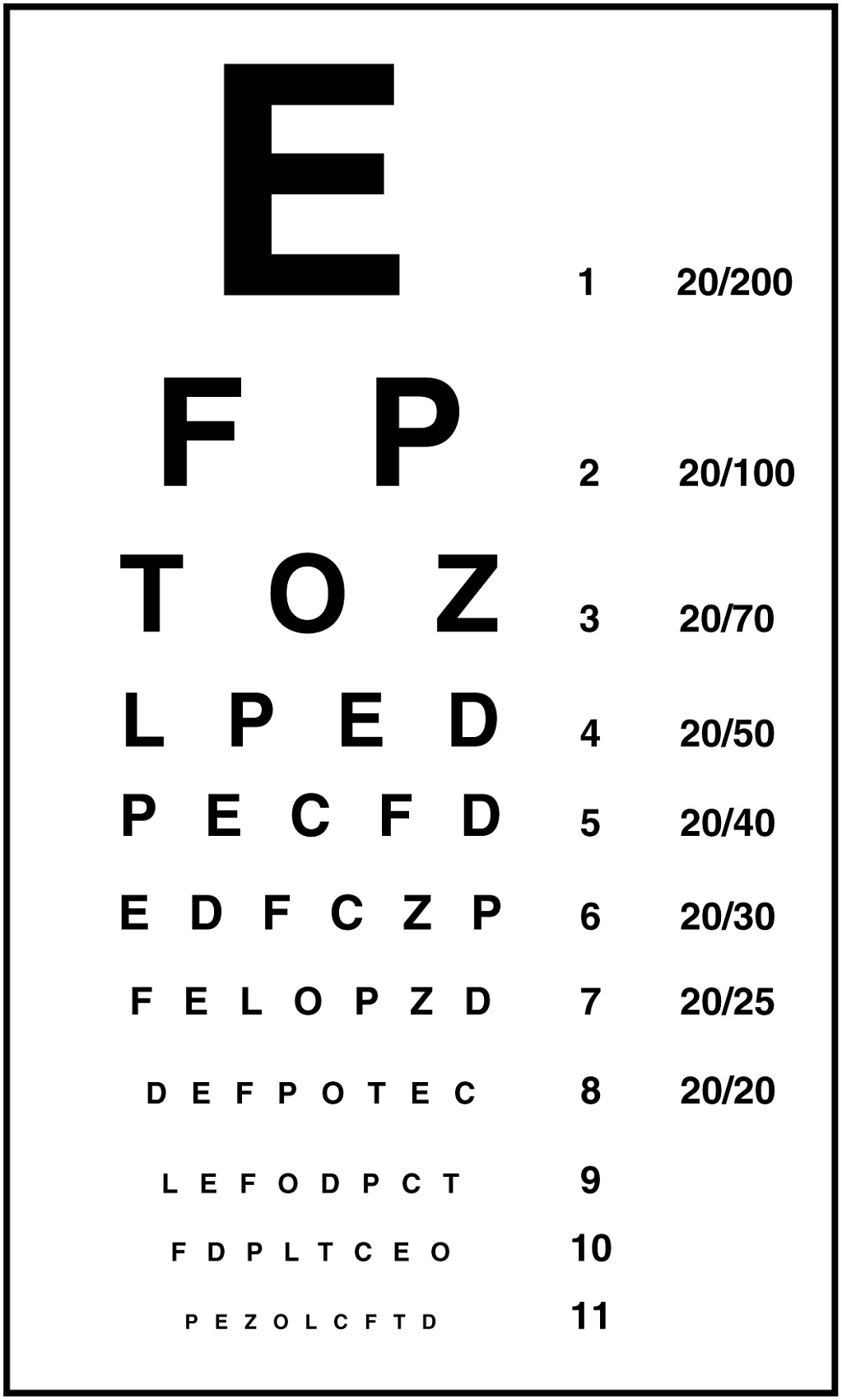 To use it, read the chart while standing 20 feet from the chart. Be sure that the room you are in is well lit but not in full sunlight. Cover one eye and use the other one to be tested, and the lowest line that you can read correctly is your visual acuity. 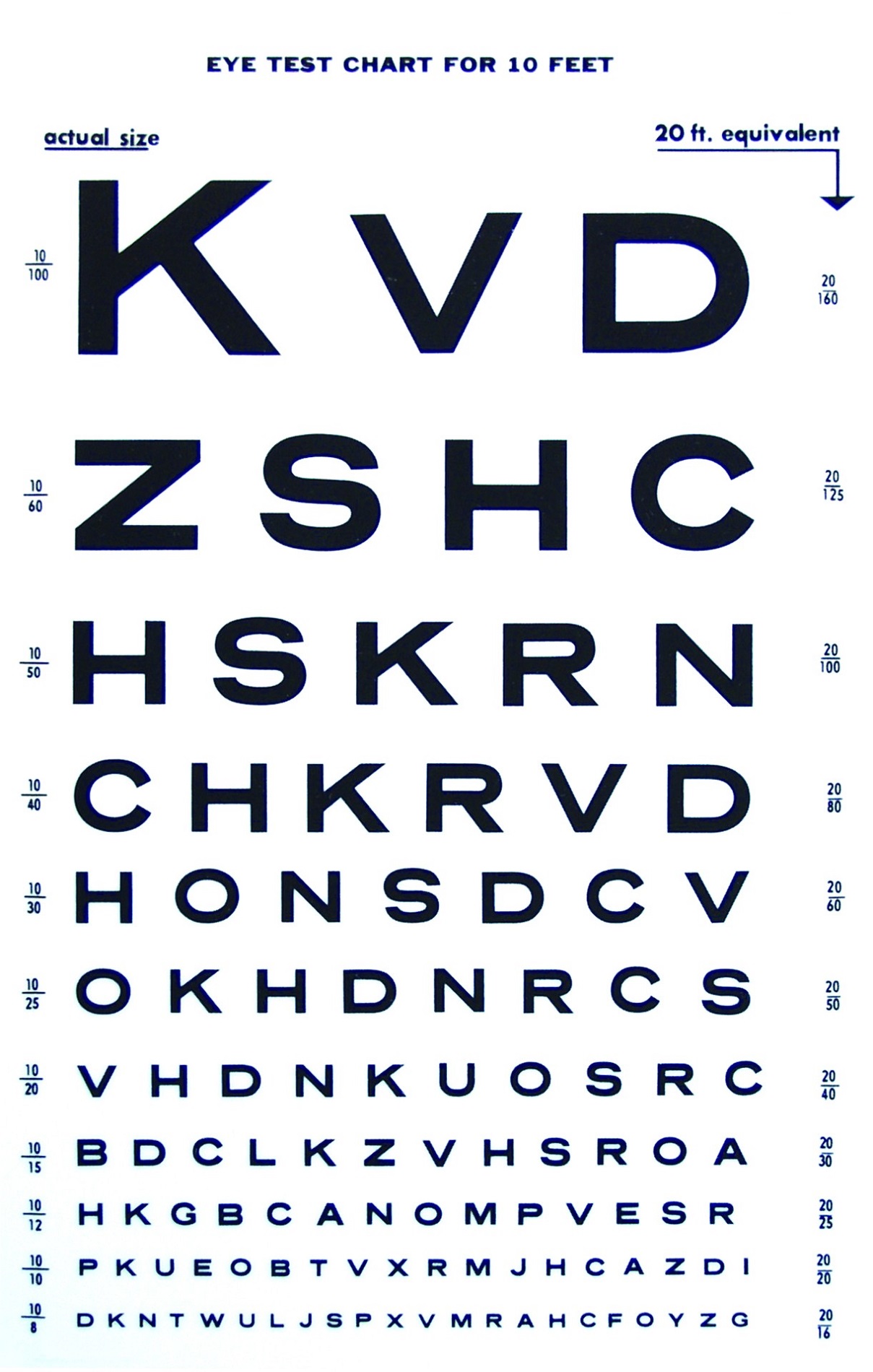 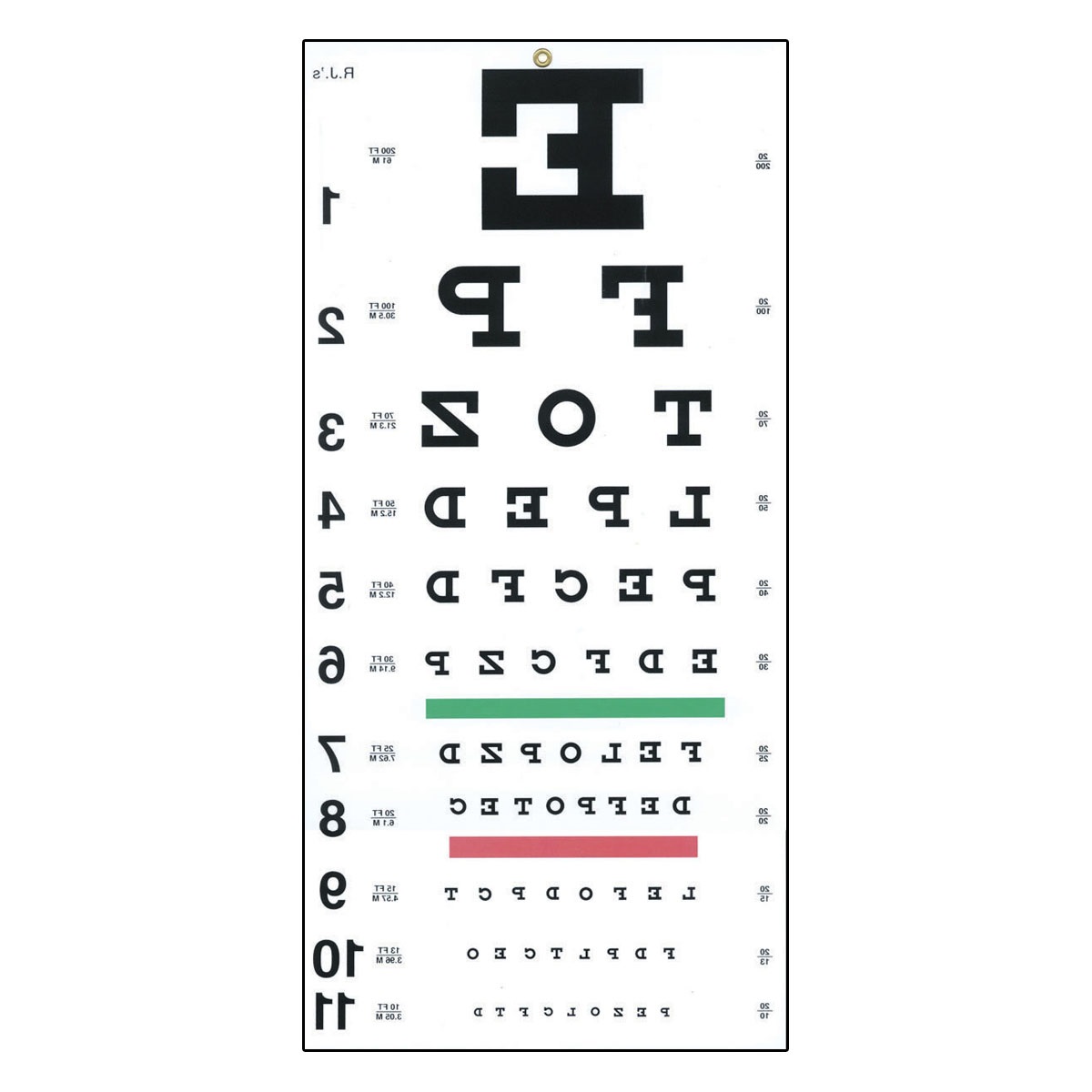 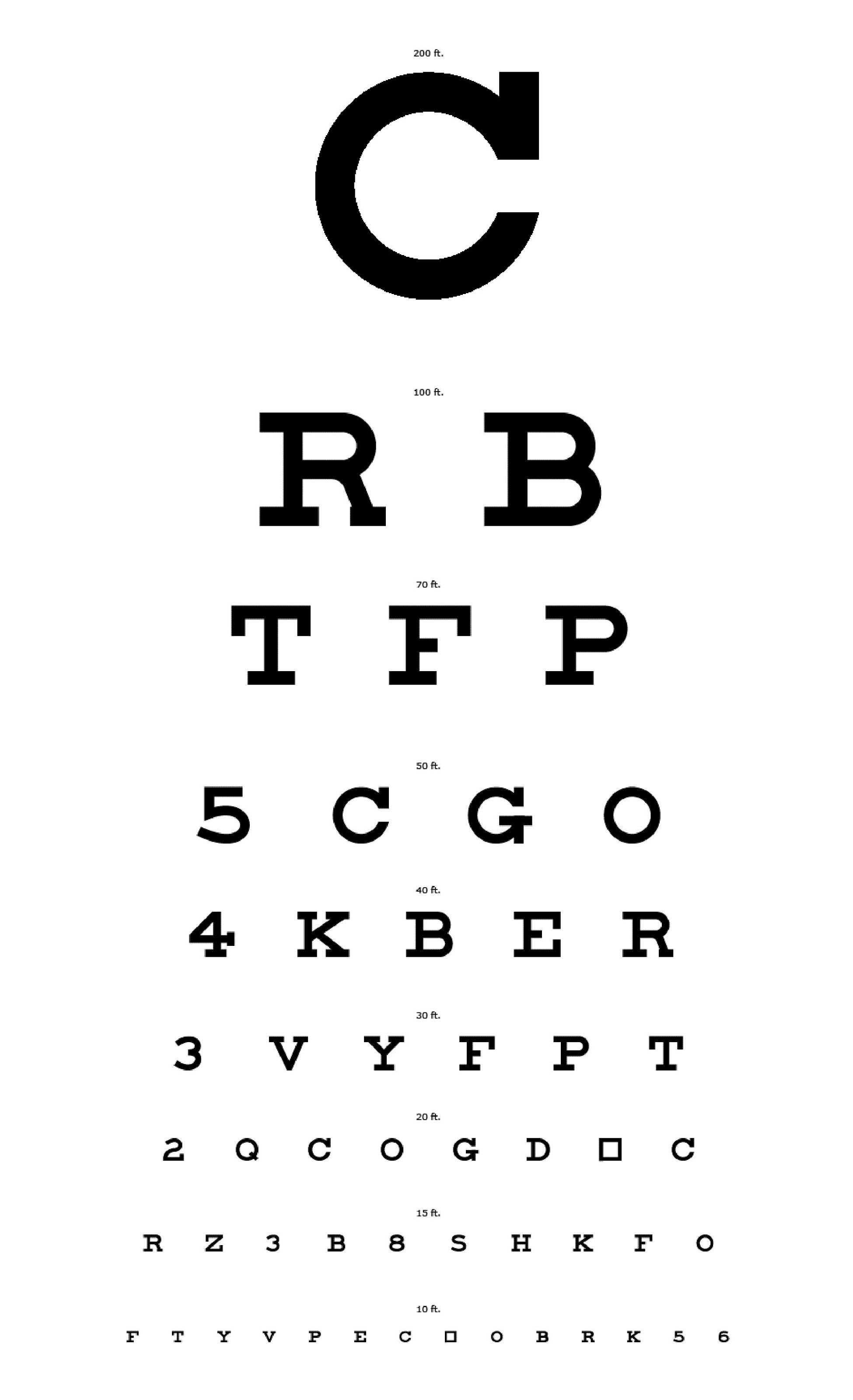