Do you like to play music and instrumental? This time we will share to you several types of music sheet of Adele’s very famous hit song, Someone Like You.  This song was an internationally successful song and has received universal acclaim from music critic, who praised the lyrics, its simple sound, and Adele’s vocal performance.

These Someone Like You music sheets are presented in many types including piano version, the musical version, and so on. Check out the music sheets in the following images. 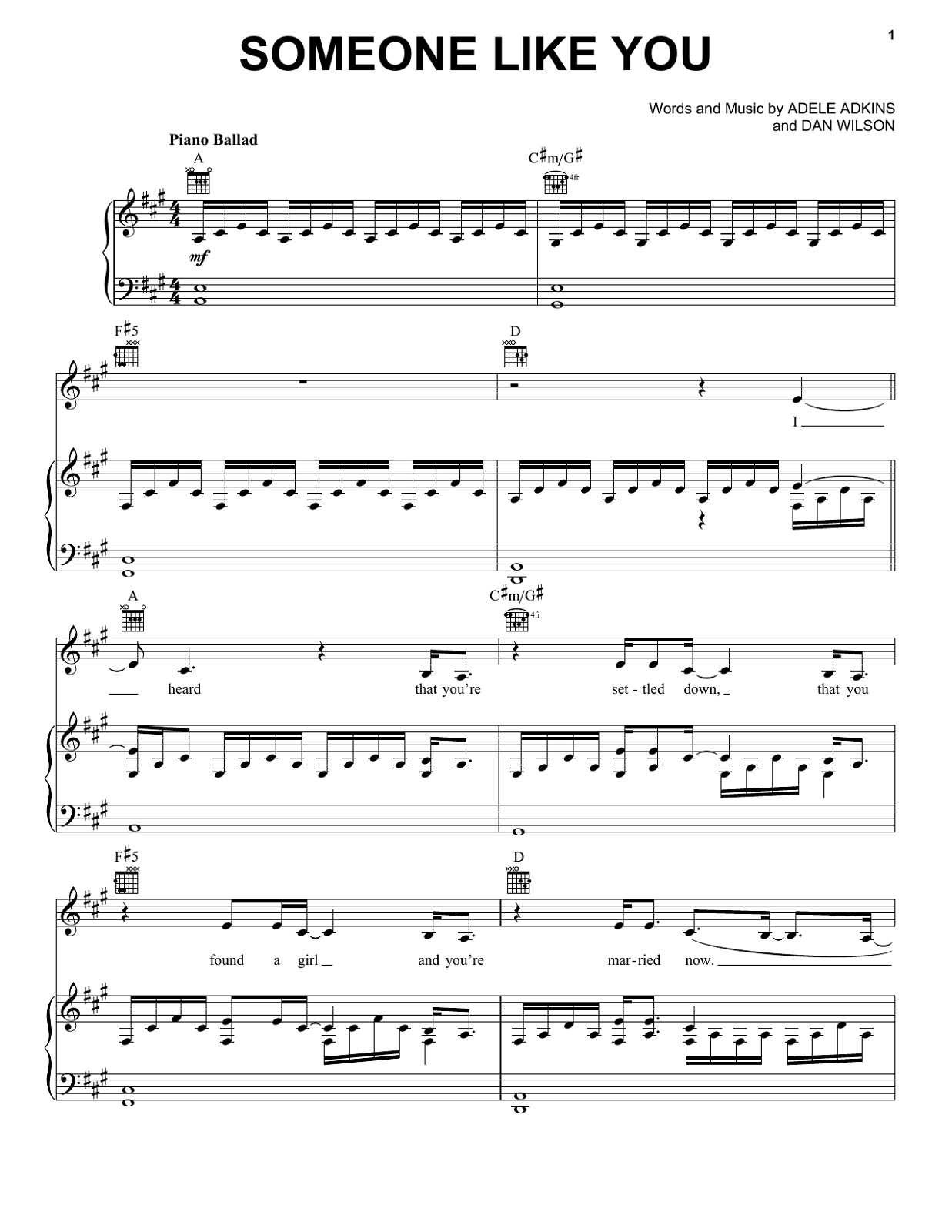 According to Wikipedia, Someone Like You is about a boyfriend who broke up with Adele. She wrote the song along with an American songwriter and producer named Dan Wilson. According to sheet music published at Musicnotes.com by Sony Music Publishing, the song is a slow tempo of 67 beats per minute. 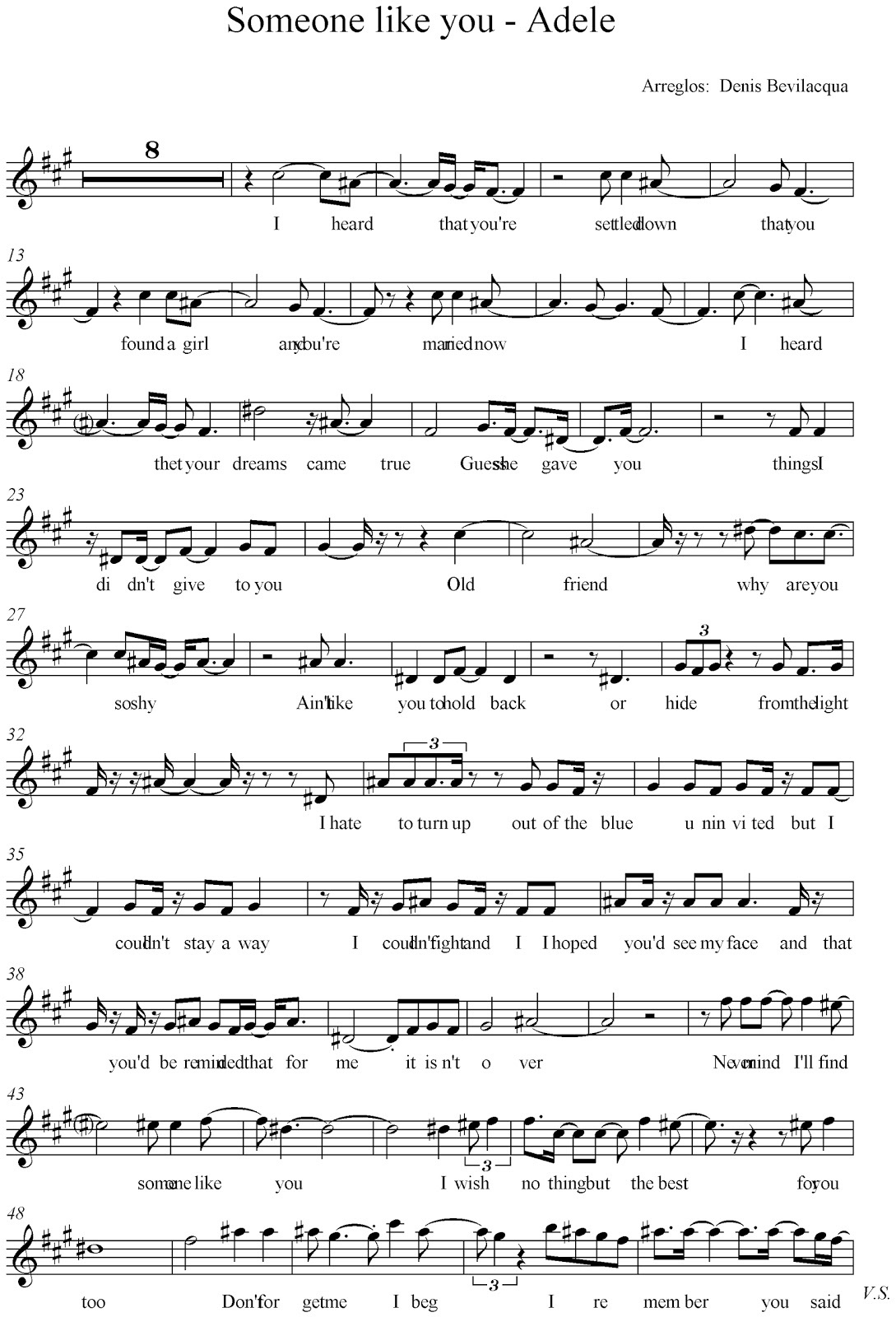 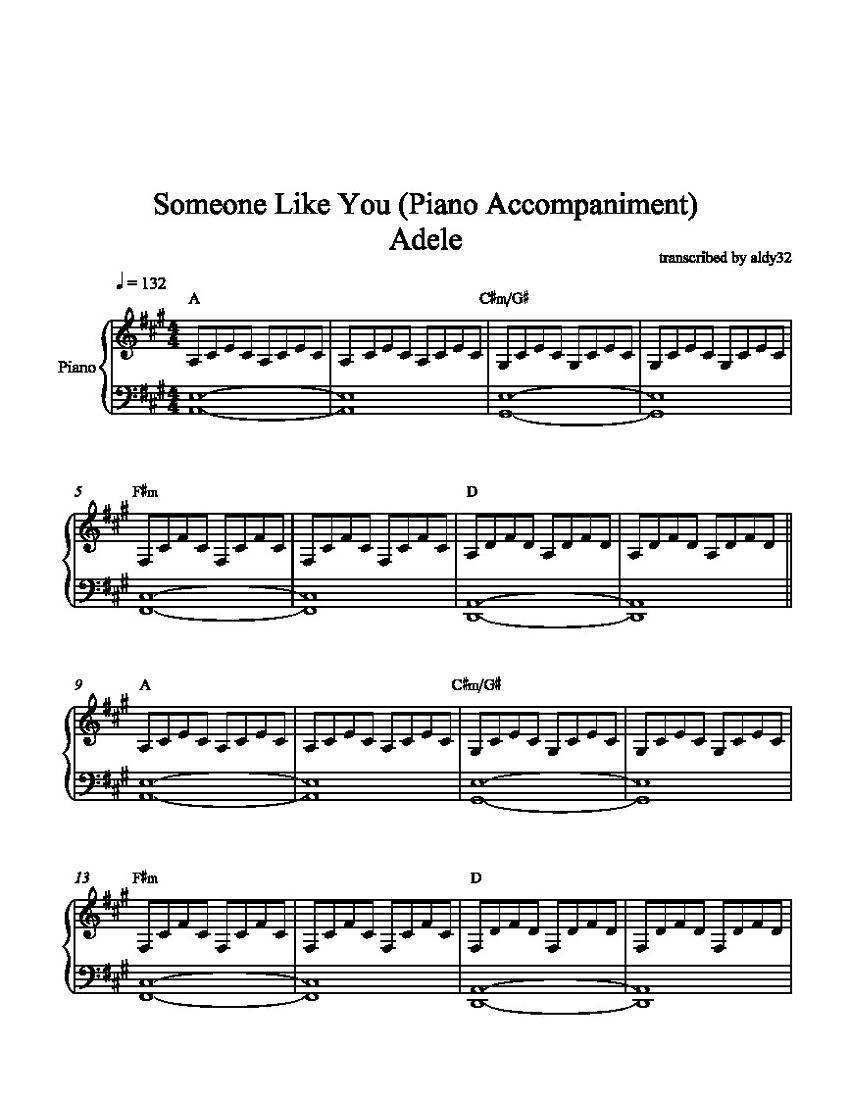 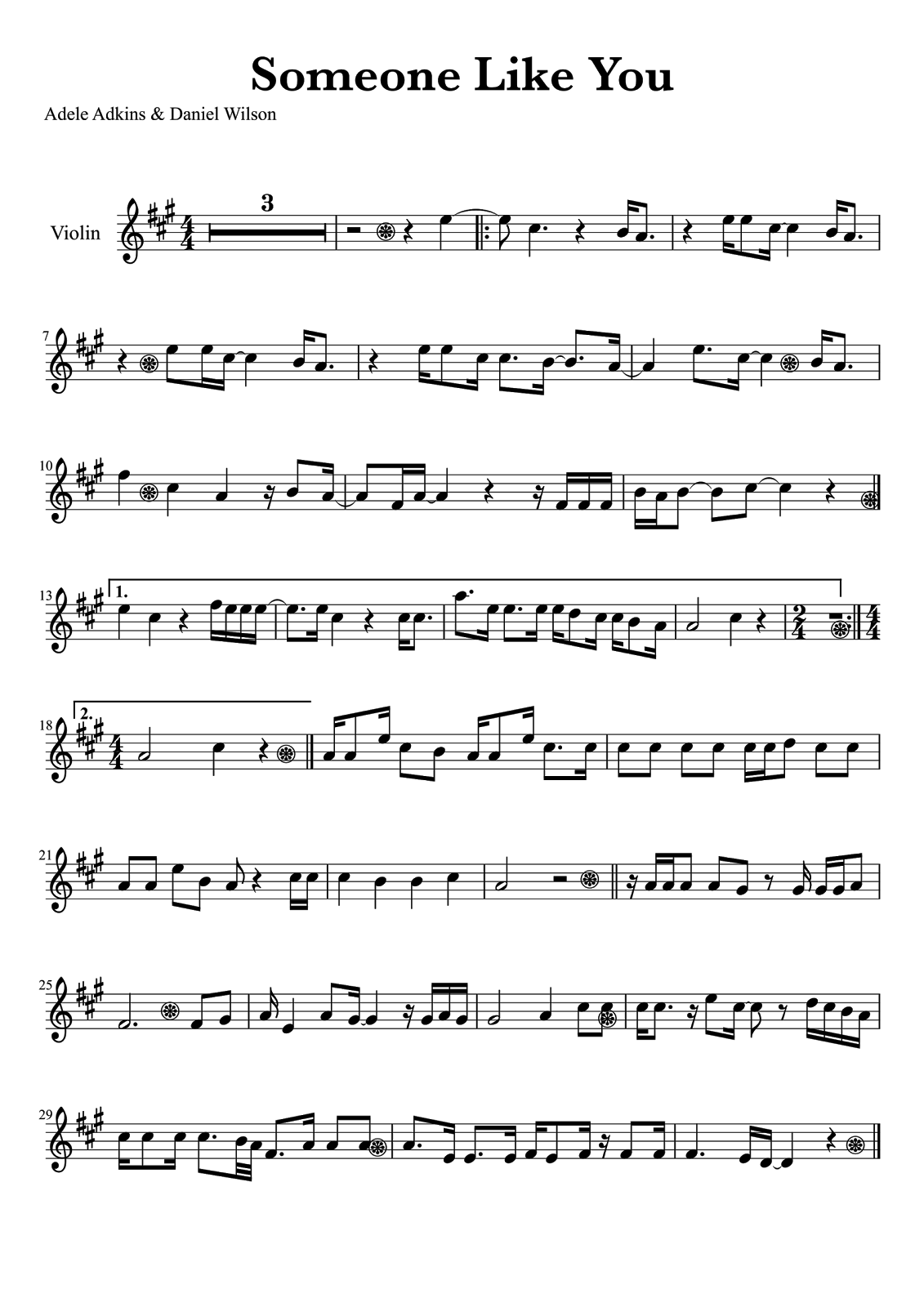 These Someone Like You music sheets are available in many types. You can choose and print the ones that are suitable with your musical ability and interest. You can use them to play piano, keyboard, and other instruments. 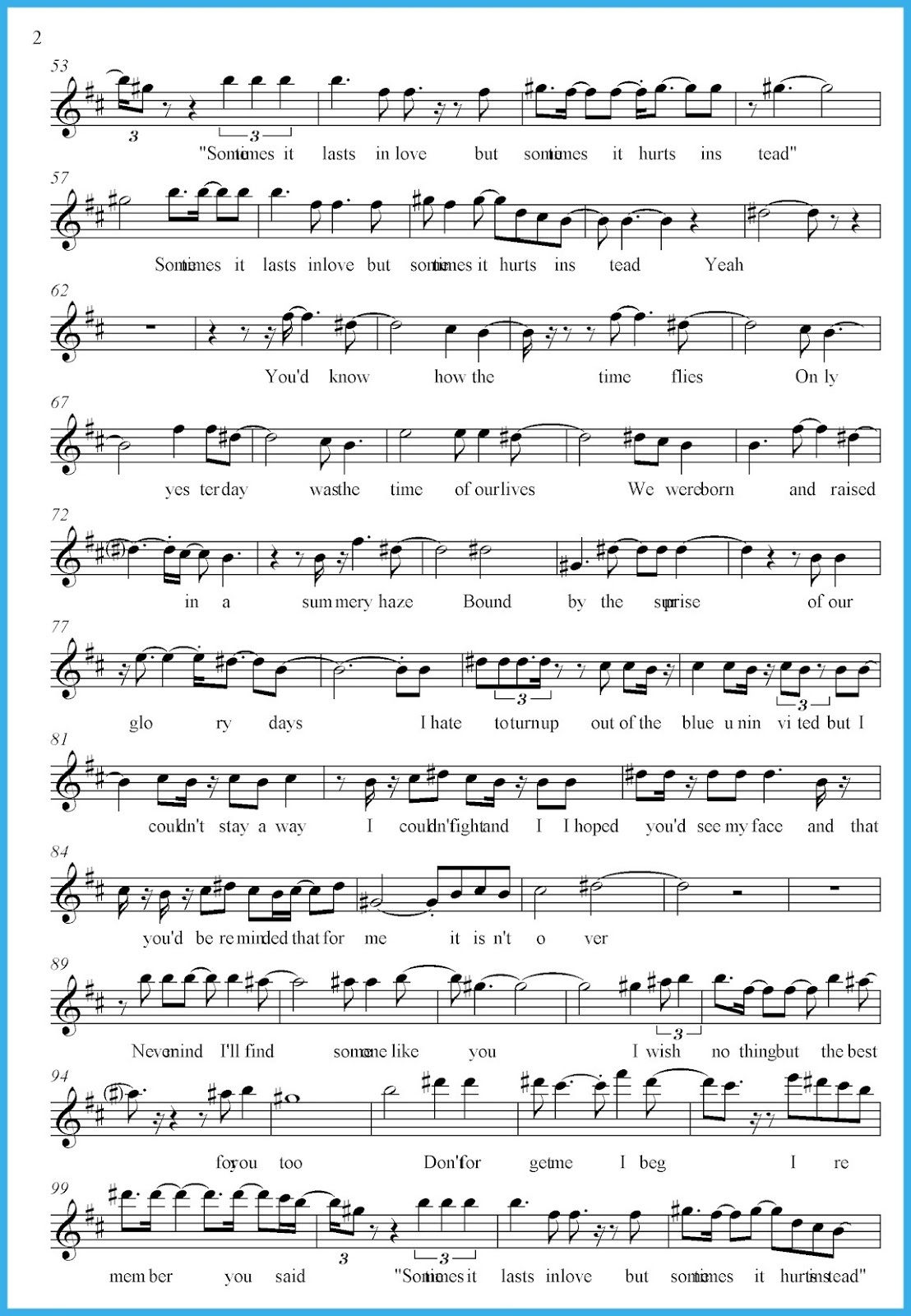 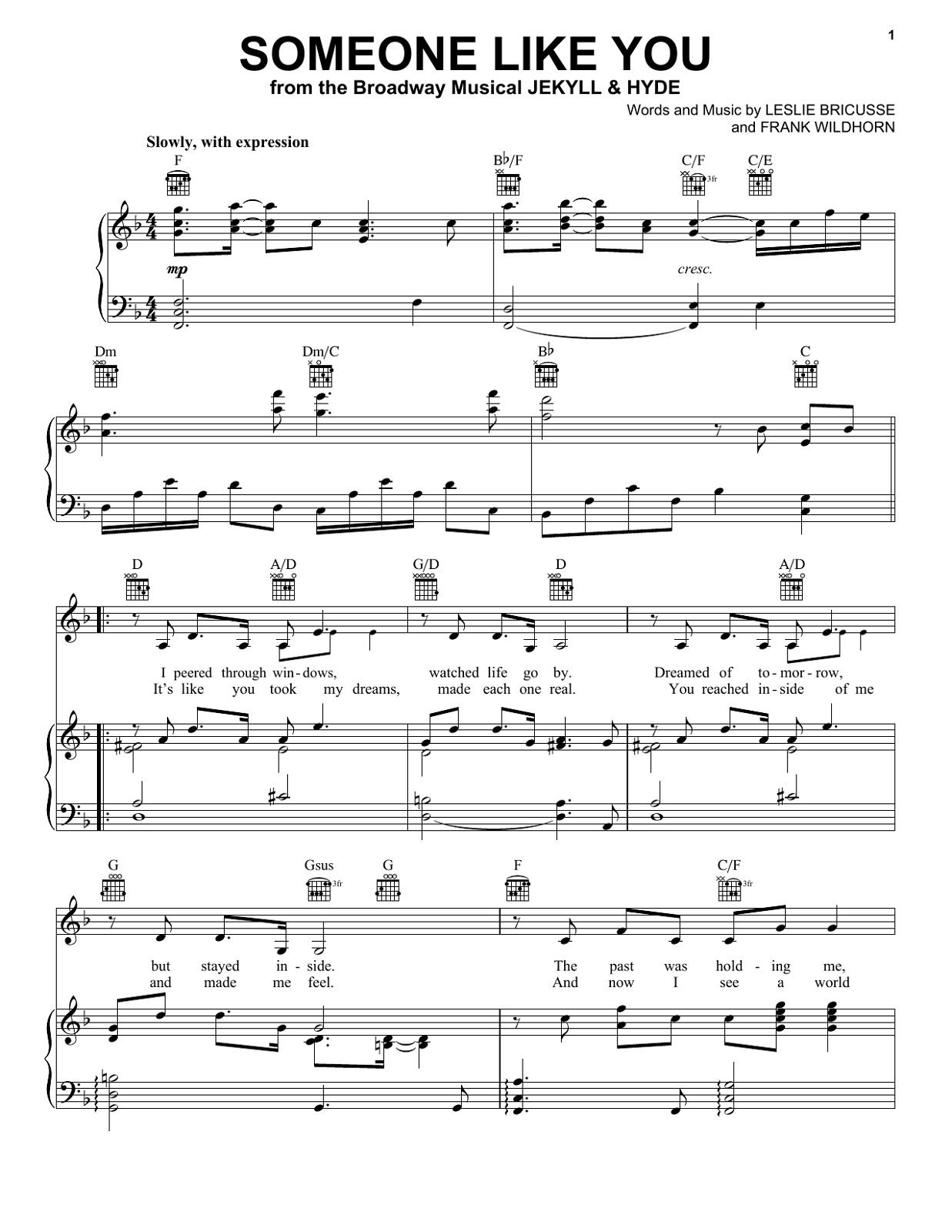 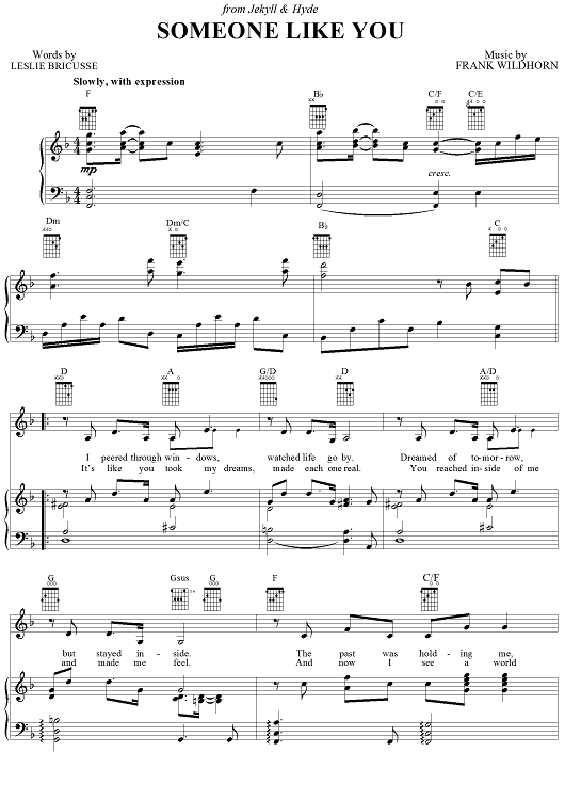 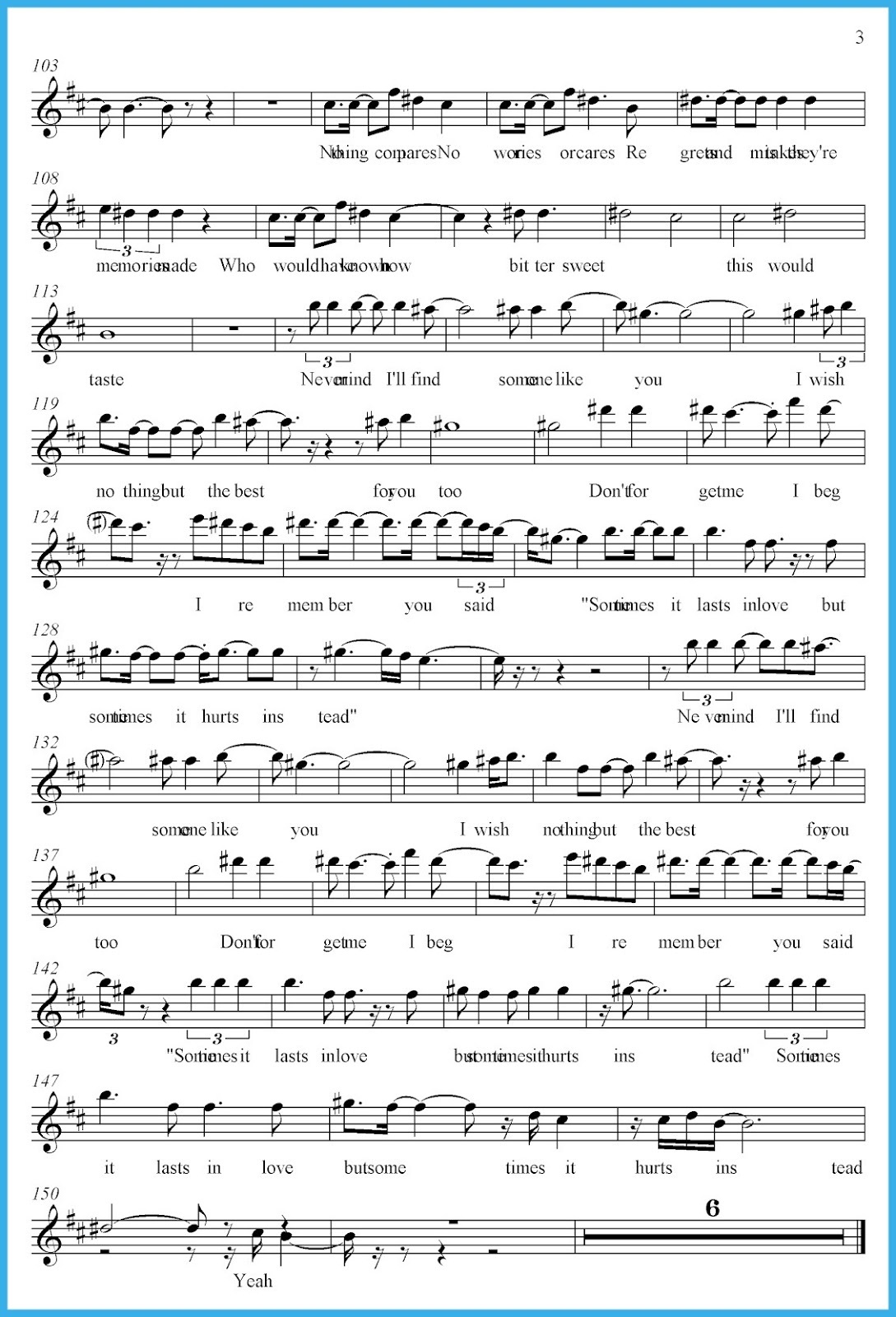 Playing music and instrument are beneficial in lessening pressure, relaxing mind and body. Therefore, don’t be doubtful in saving and printing these music sheets as your musical activity at your house or studio!